I have a whole new appreciation for those souls competing in the Great British Bake Off!  A couple of weeks ago I got word that I had made the final of James Street Souths Bake Off competition with my Beetroot and Guinness Chocolate Fudge Cake.  I entered my recipe as part of Belfast Restaurant Week, a great initiative encouraging people to get out and sample the glorious tastes, produce and culinary hot spots of Belfast.  I had a mixture of emotions upon reading the email, fear and anxiety being the main two that featured throughout that whole week!  With little more than seven days until the bake off which took place on Sunday 5th October,  I practiced my fingers to the bone. Quite literally, as I grated the thumb almost clean off myself whilst preparing the damn beetroot to go into the cake.  With bandaged digit, I ploughed on grating, sifting, folding, melting (chocolate, not my brain)  and waiting what seemed like an eternity on the oven as it takes two hours to bake the thing.  As you might of picked up from my tone, I am slightly at odds with beetroot chocolate cake after my ordeal, and the Guinness?  Well lets just say for the moment I am now more of a Guinness drinker than a chocolate cake eater…..

To be fair, the whole experience was great.  After the initial panic of making sure my cake was suitable for those of refined taste buds to judge, I stepped back a little and enjoyed myself.  In the cookery school where the bake off took place, there was just myself and two other bakers which eased some of my nerves as I didn’t fancy baking amongst a large group.  However I still found my palette knife shaking slightly as I pasted on the chocolate icing (that thankfully didn’t burn, congeal or separate) and, as I sprinkled over a few petals for the finishing touches I breathed a sigh of relief – it was done, I was done and there was nothing more that could be done!  No Mary Berry or handsome Paul Hollywood (unfortunately), but waiting on the judges final call was excruciating. Thank God there were no video cameras to capture for all eternity my agony!

I didn’t win, a carrot (cake) pipped my beetroot to the post.  I have to say I genuinely did love the experience and the chance to be there, taking part in what will probably be the closest thing I’ll ever get to Great British Bake Off! (or Paul Hollywood for that matter….) 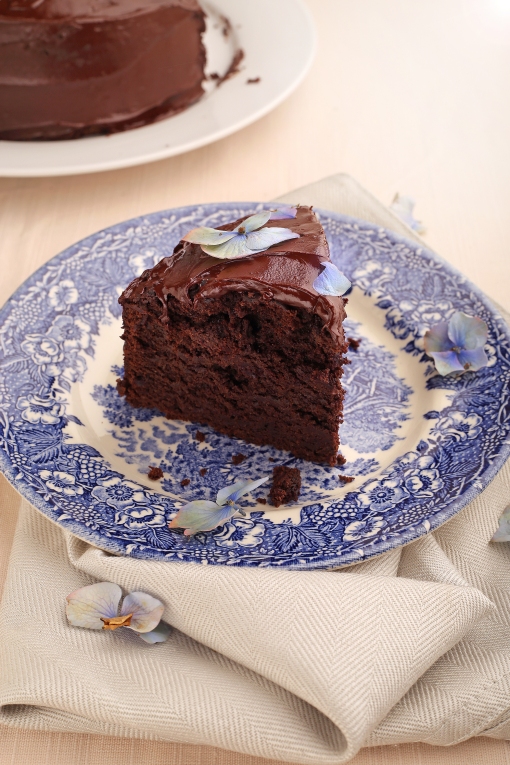 Posted in All Posts